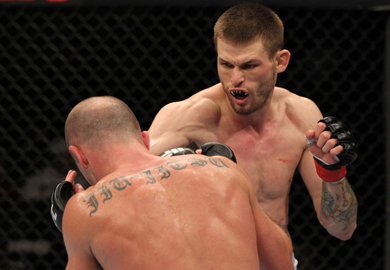 UFC lightweight fighter, Tim Means, has been released from the promotion following back-to-back losses inside the Octagon.

During his stint with the worlds largest MMA promotion, Means went 2-2.

After gaining victory in his first two outings he went on to drop a decision at the hands of Jorge Masvidal and then he missed weight by five pounds in July against Danny Castillo and lost that fight as well.

The unfortunate string of events was apparently enough for the UFC brass and they released him as a result.

Means is now scheduled to fight for Legacy FC against Pete Spratt on September 13.