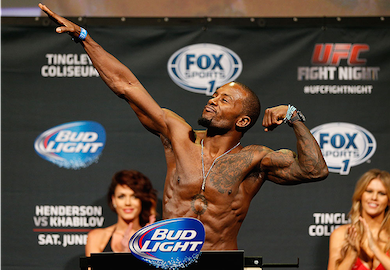 The 32-year-old was quick to acknowledge his mistake, apologizing for his actions on twitter:

Apparently High’s apology wasn’t enough for UFC President Dana White, who told UFC.com that the figther would be cut. His words:

“He’s cut. I’m going to cut him. I look at that the way Daley put his hands on his opponent after a fight was over. You don’t ever, ever f—ing touch a referee, ever. You’re done here. He’s been apologizing on Twitter, but he’s done.”

Jason High went 3-0 while competing under the Strikeforce banner. He lost his first fight with the UFC to Erick Silva by way of submission. He then won his next two bouts, defeating opponents James Head and Anthony Lapsley respectively.