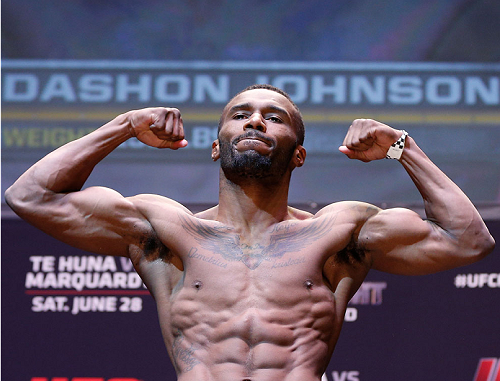 After releasing Dashon Johnson recently, the UFC has revealed there were further circumstances surrounding the termination of his contract than simply his 0-2 skid.

The UFC informed 411Mania that Johnson’s release from the promotion came as a result of a breach of contract when he competed in a Boxing match last August.

Johnson was 9-0 prior to being signed by the UFC, where he dropped back to back submission losses to Jake Matthews and Godofredo Castro.