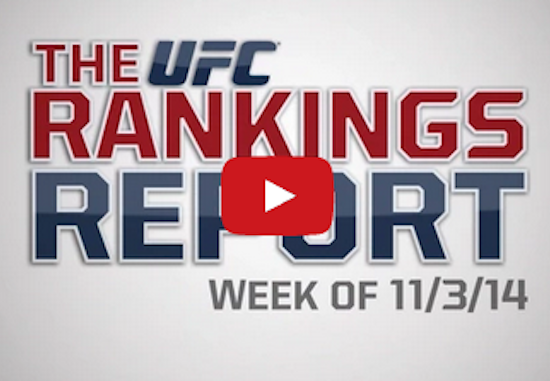 The UFC Rankings Report is a new weekly UFC.com series that gives you, the fans, a more in-depth look into the official UFC rankings. This week UFC.com’s Matt Parrino and former UFC heavyweight champion Frank Mir discuss Rockhold vs. Bisping, Shogun vs. Saint Preux, and if Cat Zingano can take the belt from Ronda Rousey at UFC 184.