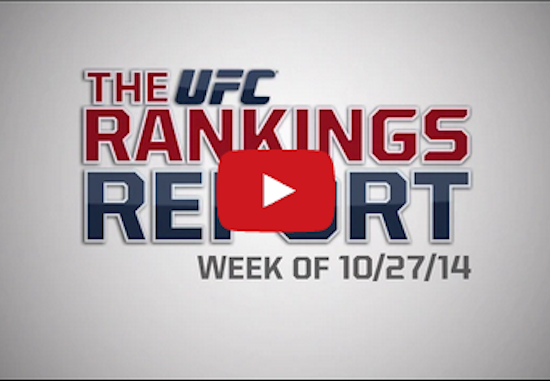 The UFC Rankings Report is a new weekly UFC.com series that gives you, the fans, a more in-depth look into the official UFC rankings. This week UFC.com’s Matt Parrino and former UFC heavyweight champion Frank Mir discuss the Jose Aldo and Chad Mendes rematch at UFC 179, Conor McGregor, and Frank’s thoughts on the possible return of Brock Lesnar.