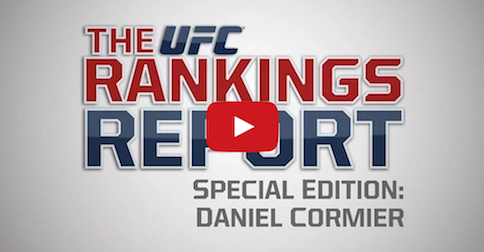 The Rankings Report is a weekly UFC.com series that gives you, the fans, a more in-depth look into the official UFC rankings. This week Matt Parrino sits down with #2 UFC light heavyweight Daniel Cormier who talks about his upcoming fight against Jon Jones, why he likes the UFC rankings, and his similarities to Chris Weidman.