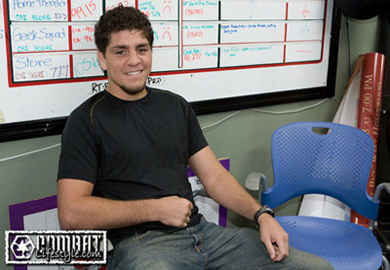 The UFC has decided to take a progressive step towards tolerance when it comes to the use of Marijuana by its fighters.

There seems to be a divide among athletes, some of which prescribe heavily to the use of cannabis for medicinal purposes and who ultimately pay for that use with hefty fines and suspensions.

The new UFC regulation is not making marijuana an all out legal substance, but it is raising the levels in which a fighter can have in their system before being flagged for using while in competition.

This new Cannabis allowance will not be used here in the United States unless the governing bodies in the different territories follow suit and add the amended levels to their own rule book. However, in areas, such as Germany, and several other countries, the UFC acts as the promoter and sanctioning body and in those instances, adheres to only the rules they set out for themselves.

MMAJunkie has more details:
UFC officials have decided to raise the testing threshold for marijuana metabolites from 50 ng/mL to 150 ng/mL – a mark the World Anti-Doping Agency also recently deemed sufficient.

“When we self-regulate around the world, we are going to go the WADA standard of 150,” Ratner said. “So we’re starting that immediately.”
…
The NSAC’s Steroid and Drug Testing Advisory Panel also discussed potential suggestions for revisions to the commission’s policy on performance-enhancing drugs, including testosterone and steroids. The committee is expected to draft an official recommendation in the next few weeks in hopes of bringing those to the full commission in July.