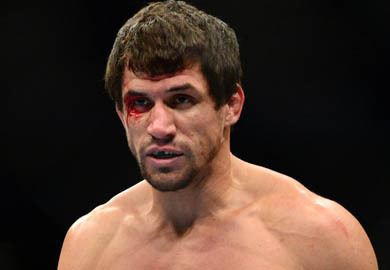 The defeat brought the 38-year-olds UFC record to 7-4 and was his last contracted bout with the UFC.

According to multiple reports, at the culmination of his last contract with the promotion, UFC officials opted to not renew with the Arizona resident.

Simpson has instead signed with WSOF and will face Josh Burkman in the first bout on a four-fight deal.