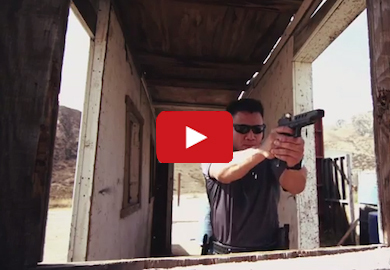 On this episode of UFC ON THE FLY, MMA legend Cung Le takes aim at his next action film role, while remaining focused on his two biggest priorities: family and fighting in the UFC. Our cameras follow the former Strikeforce champion through a live fire obstacle course to sharpen his shooting skills for a part an upcoming movie. Then it’s on to the serious business of intense training for his August 23rd fight against highly-ranked contender Michael ‘The Count’ Bisping in the main event of UFC Fight Night Macao. Le spends quality time with his family in California before packing his bags for the trip to Asia, and this pivotal UFC middleweight showdown. UFC Fight Night in Macao, headlined by Michael Bisping vs Cung Le, is LIVE Saturday August 23rd on UFC FIGHT PASS.