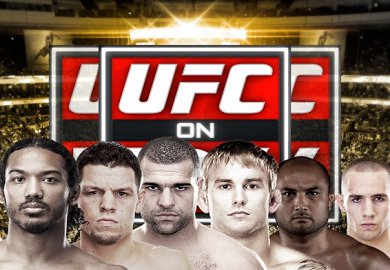 According to TVbytheNumbers, The UFC on FOX 5 event received solid numbers and was the third highest watched UFC on FOX card after the first two showings. It was also the most watched show in the 8-10 slot among basic programming.

On average, it got 2.4 million viewers and grabbed the key 18-49 demographics. These numbers are up slightly from the UFC on FOX 4 numbers but are still about a million average viewers behind the debut show back in November which featured the heavyweight title fight between Junior dos Santos and Cain Velasquez.

In its main event, UFC lightweight champion, Benson Henderson, defended his title with ease against Nate Diaz in a five round unanimous decision win.  The co-main event featured a title elimination bout between Alexander Gustafsson and Mauricio Rua which ended in a win for the Swede, Gustafsson with a unanimous decision.