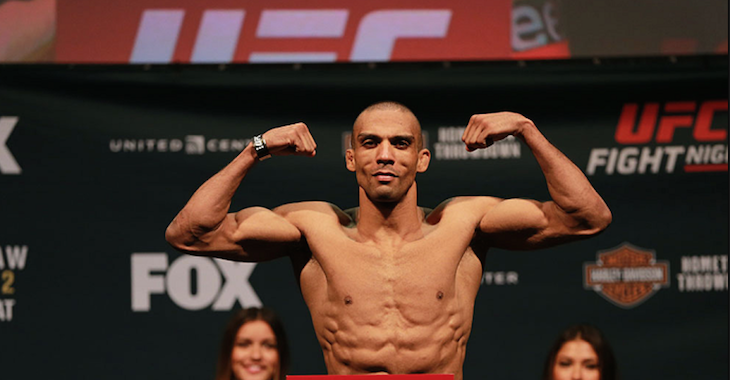 Exciting fighters Edson Barboza and Paul Felder met in the octagon in the second main card fight of UFC on Chicago 16.

Both guys looked extremely fast in the first round. Barboza came out and landed a nice leg kick early. He threw a head kick later but Felder took it on the arm. Felder tried for the spinning back fist but missed. Later in the round Felder took a spinning back kick right to the groin and dropped immediately. Not long after the fight continued. Both fighters looked ready to explode and land a big shot, but neither did.

In the second round Barboza landed a leg kick, then Felder retuned with a spinning kick to the body. Needless to say there were a lot of spins going on. At one put they both spun at the same time and missed each other. Felder came in with a flying knee. Towards the end of the round Barboza started throwing all sorts of spinning attacks, but wasn’t able to land.

In the third if was apparent that both these guys wanted to finish it. Felder kept tagging Barboza on the right eye, where he had some pretty serious swelling. Barboza kept buys with leg kicks and body kicks. He went for a huge spinning head kick but Felder ducked just in time. Right at the end Felder did a good job avoiding Barboza’s kicks by spinning out of the way. Pretty technical fight, and another close one.