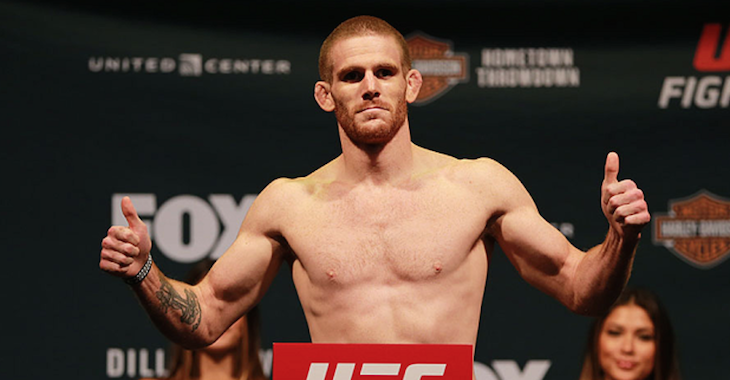 Holbrook almost landed a big uppercut early. Holbrook was the aggressor early, waling down Nijem. Holbrook got the clinch and a quick takedown, but Nijem got up right away. They remained clinched on the cage, reversing positions, then broke away. Nijem moved in and got a single leg takedown. Holbrook went for the neck, trying to get a choke, but he let it go to maintain a safe position. Nijem passed guard and got side control. Holbrook managed to get back to his feet and put Nijem on the cage in the clinch. They broke away and Nijem turned things up and started landing big shots. Moments later Nijem got another takedown. Nijem kept up the pressure on the ground, landing big shots, until the round ended.

Nijem again came out fast in the third. He tagged Holbrook a couple of times, then got the takedown. Holbrook continued to threaten with leg locks. Nijem showed great defense and remained calm throughout. He got free and took top control. Nijem moved to the back and worked for a choke. He stayed on the back and landed strikes while looking for the choke. They rolled and scrambled but Nijem stayed on top position throughout until the fight ended.