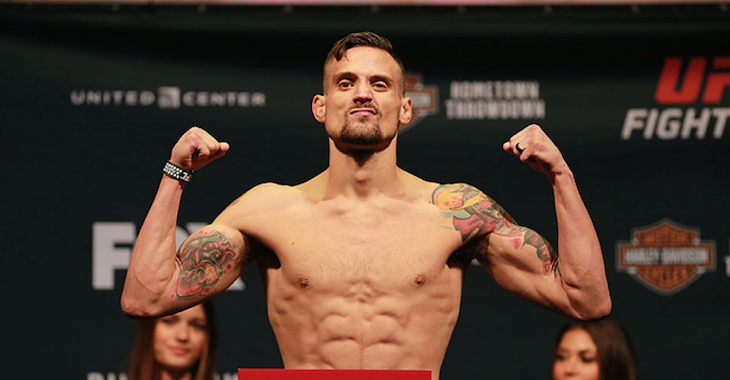 The exciting stand up stared early. Cruickshank threw a few kicks, but really looked to land with hands. Krause looked to have connected with a jumping knee. Right after that they clinched up. Right away Krause landed the trip takedown.

As soon as the fight hit the ground Krause jumped on the the back of Cruickshank and locked in the choke.

Almsot immediately Cruickshank tapped and the fight was over. Very impressive performance for Krause who was in need of a win badly.

RESULT: Krause wins via submission at 1:27 of round 1