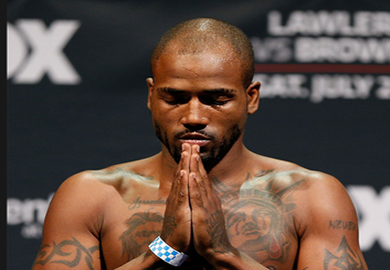 Bobby Green put on the best performance of his career tonight as he defeated one of the best lightweights in the world in Josh Thomson.

Green approached this fight no different than his past fights and that was a bit concerning to see at the beginning of the first round. He loves to keep his hands low and talk trash, and Thomson is a fast enough counter-striker to knock Green out cold and put him on his back. Green never paid for it, though, and it seemed to catch Thomson off-guard more than anything.

Both fighters landed their fair share of hard-shots but it was Green who took to the center of the octagon often and dictated where the fight went. This meant that whenever Thomson shot for a takedown, Green would have more room between him and the fence to fight the takedown and push Thomson off. The contest stayed standing for the majority of the fight and Green was in full-control.

The crowd voiced their disapproval when Green had his hand raised by way of judges’ decision, but that was expected under any circumstance; John Thomson was the hometown boy. Green took this fight on short-notice and his stock has sky-rocketed.