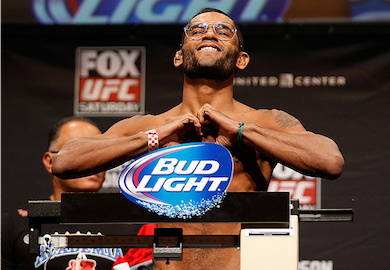 Hugo Viana dropped Ramiro Hernandez early on the first round with a right hook and it was all downhill from there for Hernandez. He was hesitant with his striking and whenever he would throw a shot, it was always pulled back or too short. This allowed Viana to fight comfortably from a distance and pick his counters.

Viana looked for the big right hand constantly throughout the fight, but it didn’t land with the effect it did when he knocked Hernandez down in round one.

Viana spent two rounds on the attack, punching Hernandez in the skull so by the time round three rolled around he was confident and tired. Confident enough to know he won the fight and tired enough to back up for essentially the whole round. Hernandez was heavy on the offense in the final round and knew he had to finish the fight. Instead of trying to do this, he spent a few seconds mocking Viana for running away from him. While it was funny, he was in no place to do that as he was going to lose the fight by decision. He landed some good shots at the end of the fight but it was too little, too late for him.