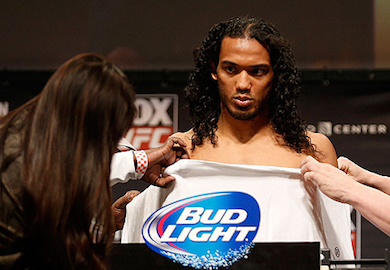 Josh Thomson looked dominant right off the bat. He landed a takedown in the first minute of the fight and spent more than two minutes in control of the grappling game. He had a body triangle locked on Henderson and it looked like he would be able to put the fight away with a rear naked choke, but he just could not lock it in. Henderson displayed his submission defense and showed the world why he only has two submission losses to his name. After such a dominant first round and an even second round, it all went downhill for Thomson from there.

Thomson walked back to his corner after the second round and admitted he thought he had broken his hand/thumb. From that point on, his ability to punch with his power-hand and secure takedowns would decrease greatly.

In the third, fourth and fifth rounds it was Henderson who displayed his dominance. He changed levels constantly, setting up head kicks by attacking the legs. Thomson was able to take Henderson down a couple times with his broken hand, but he couldn’t keep Henderson on his back as he couldn’t clasp his hands together to shift his weight on the mat.

Josh Thomson showed grit and determination by still throwing punches with his broken hand, but it was Henderson who would walk away with the split decision victory.

Ben Henderson is still #1 in the lightweight division and he could be next in line for a shot at the championship. Do you think he would deserve it? Share your thoughts in the comment section below!