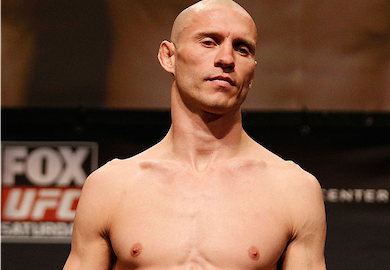 The opening round was quite even. Unlike most of Cerrone’s past opponents, Martins did not shy away from pressing the action. Martins absorbed a lot of leg kicks but landed some good right hands in exchange. Cerrone landed some kicks to the body and eventually took Martins down where he almost locked his opponent up in an armbar. Martins, the grappler that he is, escaped the attempt and made it back to his feet. In such a close round, the takedown would have awarded Cerrone the round if it had gone into round two. That would not be a concern of Cerrone, though.

Cerrone set up a beautiful head kick with leg and body kicks. Cerrone’s right shin landed on the neck of Martins and the lights went out right away; Martins was out of consciousness before he even crashed on the canvas.

Expect the knockout of the night to go to Donald Cerrone after this performance.

Donald Cerrone def. Adriano Martins by way of KO (Head Kick) 4:40 of Round 1