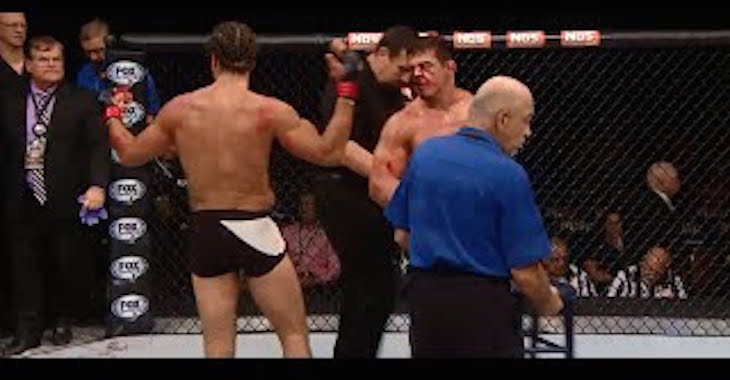 On Thursday, UFC middleweight Caio Magalhaes was issued a temporary suspension pending a hearing on Sept. 14.

He will then appear before the commission to answer for a complaint of unsportsmanlike conduct. The event in question is from after his loss to Josh Samman at The Ultimate Fighter (TUF) 21 Finale on July 12, 2015. After that fight Samman tried to shake Magalhaes hand, who refused, then spit blood on Samman and apparently the referee John McCarthy.

Christopher Eccles, the Nevada deputy Attorney General, appeared before the commission to ask that the fighter be suspended until the next hearing. They issued the suspension and now Magalhaes will have to wait and see what his actions bring him.