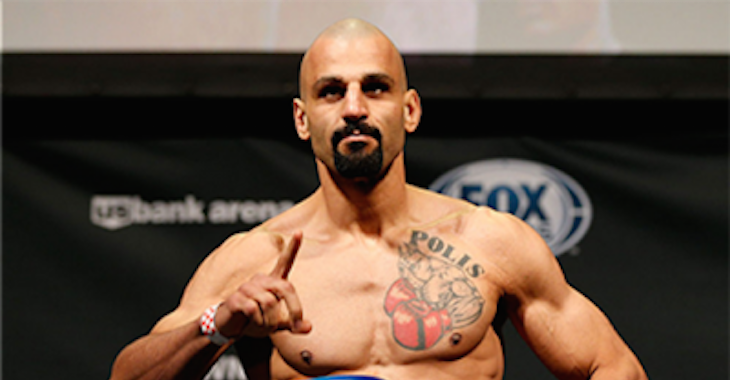 Yesterday we reported that UFC middleweight Costas Philippou (13-5 MMA) had been removed from the official UFC rankings.

When a fighter is removed from the rankings system it is usually a strong indication that he or she has been released from their contract, popped for a failed drug test or possibly retiring.

After some brief speculation, UFC VP of Public Relations Dave Sholler announced that Philippou was in fact hanging up the gloves:

@mookiealexander he has indicated to UFC that he has retired. That should end the speculation for you.

Costas Philippou retires from MMA with a record of 13-5 with 1 no-contest. The 35-year-old went 6-4 while fighting under the Zuffa banner.

Philippou’s last fight came in May, where he suffered a unanimous decision loss to former Strikeforce title holder Gegard Mousasi.

Prior to that, Philippou was coming off a first-round KO victory over Lorenz Larkin at UFC Fight Night 40 in May of 2014.

We wish Costas Philippou the best in his post-MMA life and thank him for his memorable bouts inside the octagon.

What was your favorite Costas Philippou moment? Sound off Penn Nation!