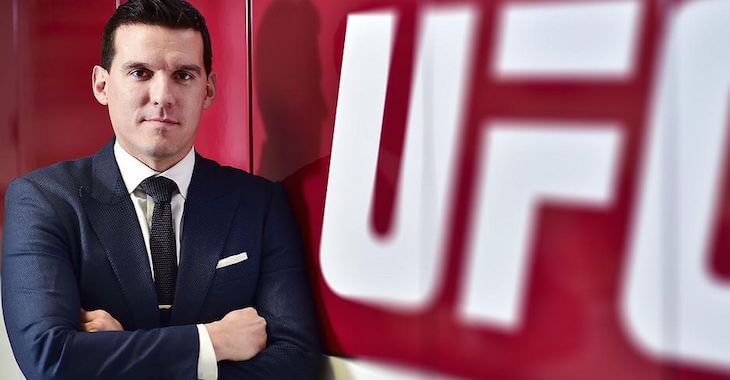 The UFC have found their new Vice President and General Manager of its operations in Europe, Middle East and Africa.

In fact, they actually find him, cause he’s been with the promotion since 2013. James Elliot became the Senior Director of Content for the UFC two years ago and has now been promoted to Vice President and General Manager of its operations in Europe, Middle East and Africa. The position was pervasively held by Dave Allen, before he departed from the company.

In a press release, Garry Cook, Chief Global Brand Officer and Head of International Business Development had this to say:

“Our EMEA division has consistently been out-performing expectations and we are thrilled to have James lead our EMEA business to new heights.

“[The] UFC has enjoyed considerable success in Europe and this year’s slate of historic fights and sold out events are evidence that [the] UFC is continuing to thrive with its global business.

“James will be someone who not only spearheads our operation in EMEA, but will have a prominent role in [the] UFC’s expansion throughout the region and around the world.”