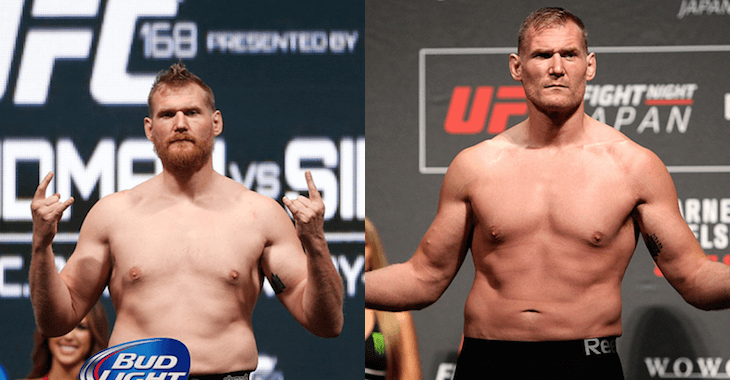 On Saturday night UFC heavyweights Josh Barnett and Roy Nelson will face off in the octagon at UFC Fight Night: Japan.

The big guys will collide in the night’s main event. Nelson hasn’t seen action in the octagon since his loss to Travis Browne, all the way back in Dec. of 2013. In that fight Barnett got stopped with a series of brutal elbows.

Barnett showed up and stepped on the scale at yesterday’s weigh-ins and it was like looking at a brand new man. He was noticeably more in shape and looked way more slim. There’s no question he changed things up, now we’ll just have to see how that works out for him against the non-slim Roy Nelson.

Take a look, do you think it’s that big of a difference?