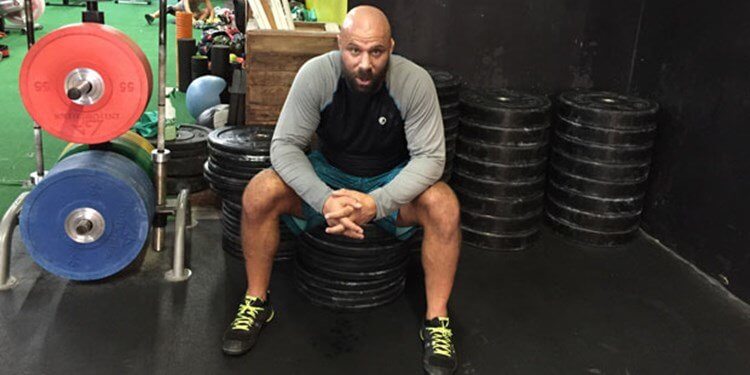 Action sequences are nothing new for the former UFC and Pride veteran Frank Trigg. So, when the Director of CBS’s Hawaii Five-O calls for action, Trigg has no problem delivering the goods. On the set as a professional stuntman, Trigg embraces the physical side of his job much like he did as a fighter, but these days he’s still taking shots and crashing through 8 foot plate glass windows. Shards of glass surrounding his lifeless body.

“Cut!” yelled the director from behind a row of cameras just beyond the carnage. The cameras stopped rolling and Trigg sat up. “Good death,” praised a fellow crew member. “We walked through it 10 to 15 times before the cameras were set up,” Trigg a professional stuntman of nearly four years proudly said, “and then we did it on one take.”

Trigg, highly rembered for his epic war with UFC Hall of famer Matt Hughs at UFC 52.

It was in 2011, when Trigg visited the set of Hawaii Five-O to watch a friend perform stunts. It was then he realized his next career path. “He put me to work a few days later and I got the bug,” Trigg said.

Since 2011, he’s spent anywhere from three to thirty days per month getting shot at, beaten up, choked, thrown through windows, hit by cars and even set on fire in a full-body burn. In the past few years, he’s added one more pain maker to to the list. CrossFit.

Through his early wrestling days and professional fighting career, staying on top of his conditioning was never an issue. The key factor was Trigg missed being coached. “I hate going to the gym by myself and trying to figure it out on my own,” Trigg said.

When a friend brought him to a CrossFit gym on a trip to Las Vegas, he was instantly hooked. When he returned to Hawaii, he joined the local Aloha CrossFit. “For me, CrossFit makes sense because it’s all the lifts that I’ve been doing since high school,” he said.