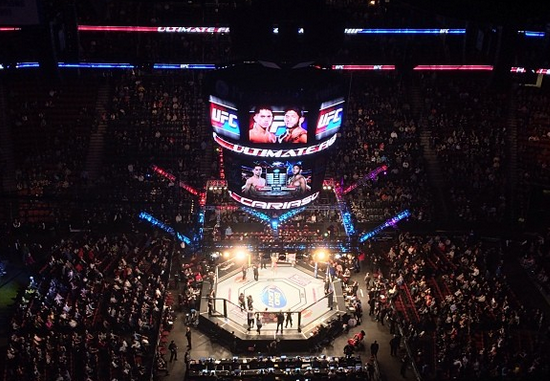 Last night during the broadcast for UFC Fight Night 57, commentators Jon Anik and Brian Stann announced that the UFC would be heading to Newark, New Jersey for UFC on FOX 15.

The card will go down on April 18th at the Prudential Center.

No bouts have been announced for the event, but expect matchups to start being made soon.

Stay tuned to BJPENN.com for more information as it become available.