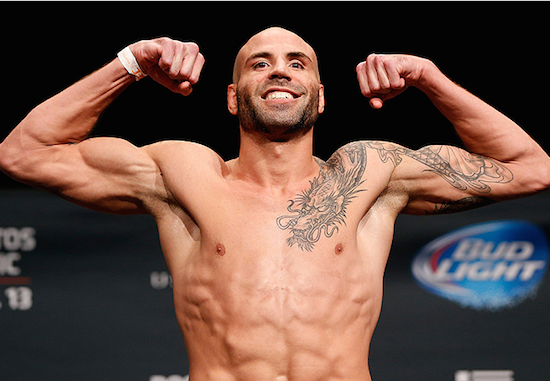 Another fight down, another accidental self inflicted loss. Tonight is playing out to be a bizarre night of fights.

Riggs picked Saunders up and slammed him to the mat. Saunders, slick off of his back, started to work for a submission. While in mission control, Riggs unexpectedly tapped out and Saunders got up to his feet to celebrate.

Upon further replay review, it was a similar situation in what happened during the last fight. Riggs landed on his own head when he slammed Saunders during the takedown. The best way to describe what happened was Riggs DDTd himself. He hurt his neck and apparently his arm went numb and he had no choice but to submit due to injury.

Ben Saunders def. Joe Riggs by way of Submission (Verbal Submission) :57 of Round 1