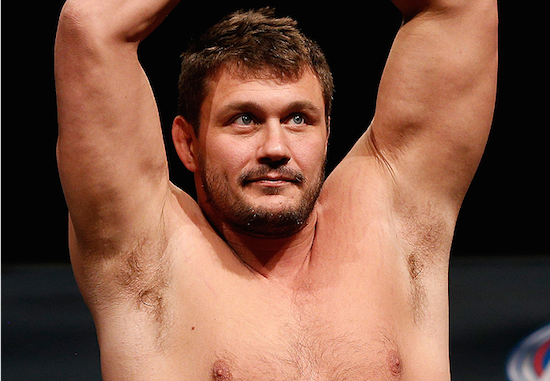 One fight into the main card and we already have a knockout!

Mitrione rocked Gonzaga with a right hand and a left behind it. Gonzaga fell to his knees and tried to get back to his feet, but Mitrione kept him grounded with a flurry of attacks. Gonzaga tried to dive for the ankles but Mitrione landed one devestating shot too many. Mitrione stepped away as he thought the fight was over because Gonzaga was taking too many shots, however the referee never told him to stop.

Gonzaga was doubled over and took one final blow from Mitrione which forced the referee to finally wave the fight off.

Matt Mitrione def. Gabriel Gonzaga by way of TKO (Punches) 1:59 of Round 1