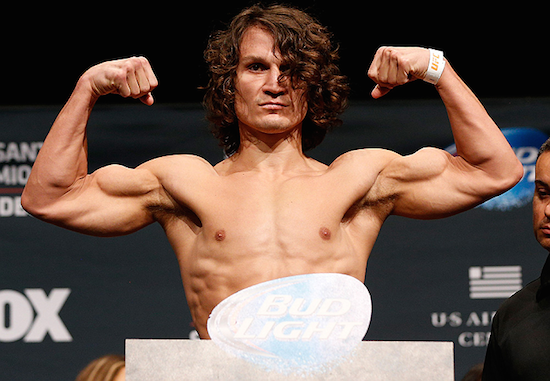 In the opening frame Garett Whitely looked to be the aggressor, but Michaud’s “Bulldog” approach seemed to prevail before it was all over. With a minute left in the round, Michaud came out on top of an exciting striking exchange, got the fight to the mat, and landed some effective strikes before the bell.

In the second round, Michaud came out with more confidence, and quickly got the fight to the ground. In an odd turn of events, Whitely was able to open up a massive cut, via elbow, from the bottom, and it was BLOODY! Michaud was able to dominate despite the horror-scene, staying busy enough on top, to keep it on the ground.

In the third round both fighters looked fatigued, but remained active. Midway through, Michaud took Whitely down, but didn’t do much with it. With a minute left, the referee stood the fighters back up. Upon re-engagement, Michaud immediately shot for another takedown, and secured it. The fight remained there until the final bell.