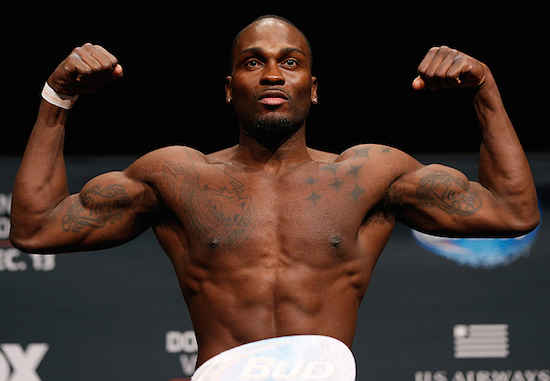 Derek Brunson fell ill and notified UFC officials this morning he did not feel like he was in any condition to step into the octagon tonight.

As a result of this, his bout with Ed Herman has been canceled. The announcement was made on the Fox Sports 1 Pre-Show. Daniel Cormier mentioned that he had talked to Brunson earlier in the day and he seemed “off”. There is no news on whether the fight is canceled or simply postponed for another event.