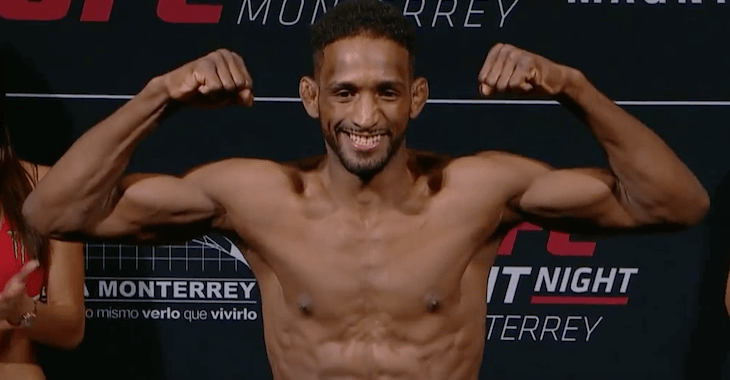 Many took the fight on just 2 weeks notice, but was able to use his reach and athleticism in the first 2 rounds in order to tag Gastelum repeatedly.

As the fight went on, Gastelum was able to gain momentum and land some big shots.

Magny was able to survive the remainder of the fight to win the split decision.

Magny advances to 10-3 in his UFC career with tonight’s win.