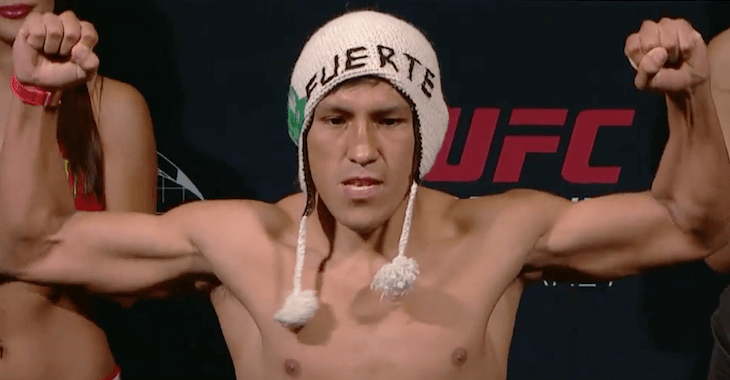 It was quite the dominant performance from Enrique Barzola on the main card of UFC FN 78.

In addition, Barzola unofficially had top position for nearly 11 minutes of the 15 minute fight.

Ultimately Barzola was given the nod via unanimous decision and named the TUF Lation America winner.