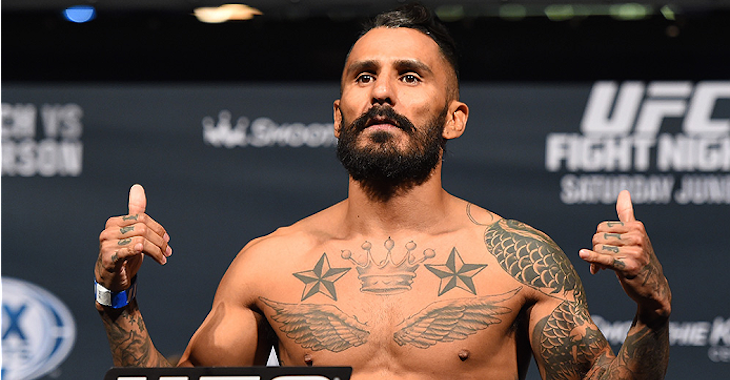 The main card kicked off with a bantamweight fight between Alex Caceres and Francisco Rivera. Both fighters came in on two fight losing streaks, and both men had lost to Urijah Faber in one of those two losses (just a fun fact).

Caceres landed first with a big body kick. He came in again and ate a big counter from Rivera. The two came to each other again and Rivera landed a massive overhand left that dropped Caceres.

Rivera immediately ran in and started landing big punches to the face of Caceres. After about three or four big punches the referee stepping in and stopped the fight.

Caceres looked up the referee and tired to tell him he was ok, but too late the fight was over. He clearly got rocked and then ate a few big punches on the ground. It wasn’t a horrible call.