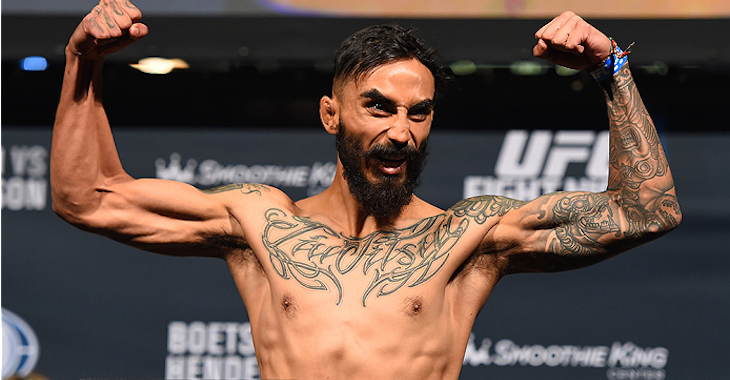 Both men started out quickly, Leonardo Morales landed a good leg kick and Jose Quinonez came forward with punches. The fighters moved in to the clinch position and Quinonez scored an early takedown, landing in side control in the process. Morales tried to shake off Quinonez, but ended up giving up his back. Quinonez promptly snuck in both hooks and started to work on a rear-naked choke. Morales was able to fend off the initial attempt but Quinonez was relentless and ended up securing the choke. Morales was stuck and had no choice but to tap out.

RESULTS: Jose Quinonez wins via submission (rear-naked choke) at 2:34 of Round 1