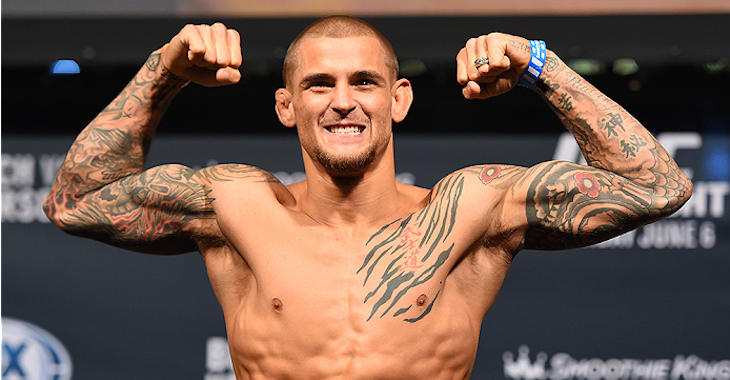 UFC lightweights Dustin Poirier and Yancy Medeiros squared off in a highly anticipated match up.

Medeiros came out and threw a punch and body kick first. The two went at it right away. Poirier caught him with a big punch that put him down. Medeiros recovered but then got dropped again with a punch. Poirier tried to capalize but instead clinched up and took him to the ground.

Right away Poirier took the back and tried for a choke. He worked for it for while, but Medeiros defended well. The two returned to the feet where Poirier started to tee off again. With his back against the cage Medeiros ate punch after punch, eating them all on the chin. The referee saw enough and stopped the fight. Medeiros was out on his feet, just eating punches without moving or blocking them. Good stoppage and big win for Poirier in his home town.