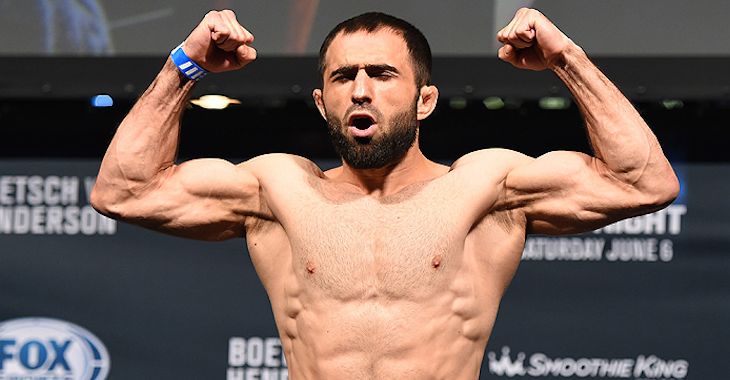 Welterweights Omari Akhmedov (14-2 MMA) and Brian Ebersole (51-16-1 MMA) squared off in the fifth bout of the evening.

Brian Ebersole suffered a knee injury in Round 1 and was unable to answer the bell in Round 2. Akhmedov gets rewarded with the TKO win.

RESULTS: Omari Akhmedov wins via TKO (Ebersole suffered a knee injury) at 5:00 of Round 1