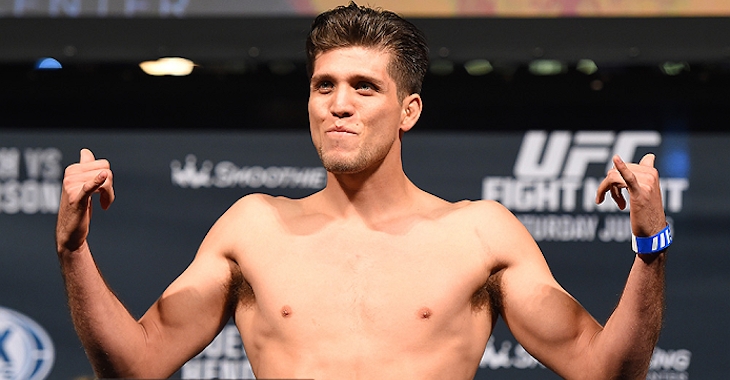 Four UFC fighters walked away from the event with bonuses. Dustin Poirier, Shawn Jordan, Brian Ortega and Thiago Tavares all pocketed an extra $50,000 for their efforts.

Fight of the night: Tavares vs. Ortega

This fight was nothing short of amazing. Tavares and Ortega were each able to showcase their incredible talents both standing and on the ground. It was a brutal and bloody fight that was almost stopped after Tavares was opened up by some viscous strikes from Ortega. With 50 seconds left in the fight, Ortega was able to put Tavares away with some solid ground and pound.

Performance of the night: Shawn Jordan

UFC heavyweight Shawn Jordan earned a performance of the night bonus for his second round destruction of Derrick Lewis. Jordan landed a hook kick to the chin of “The Black Beast” early in round 2 that sent Lewis crashing to the canvas. Jordan quickly followed up with some punches and earned the TKO win.

Performance of the night: Dustin Poirier

Dustin Poirier pocketed an extra $50K for beating down Yancy Medeiros in front of his home crowd. “The Diamond” was able to drop the Hawaiian on two occasions early on, before eventually convincing John McCarthy to step in and stop the bout midway through Round 1.