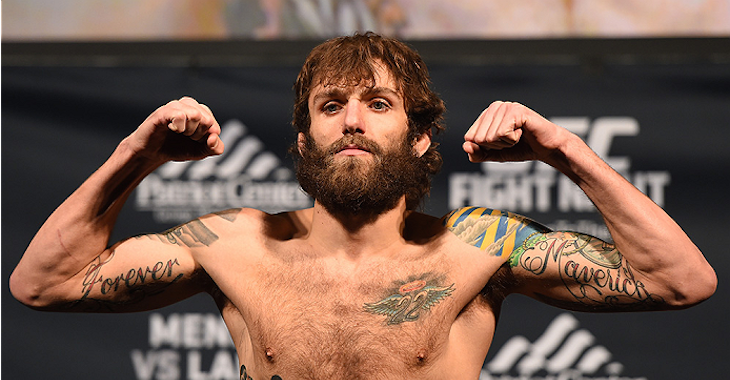 It was clear that Mitch Clarke was overwhelmed by the pace Michael Chiesa was fighting at in the first round. Chiesa landed two nice judo throws and some decent strikes, but Clarke made it to the second round and tried his hardest to bounce back to gain some momentum.

Clarke was looking good at the start when he pressed Chiesa up against the fence, but it wasn’t long before Chiesa started to dominate again. He gained back control and threatened a rear naked choke, but Clarke was saved by the horn.

Clarke was informed by his coaches that he would have to go for broke in the final round in order to win, but it looked like Clarke was already defeated when the round started. He landed some nice shots throughout the round, but the damage was done and he was simply too fatigued to land anything significant.