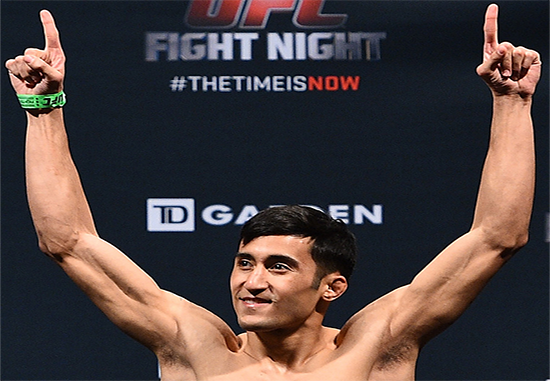 These two flyweights may have jerked the curtain for today’s card in Boston, but their fight is going to be tough to follow. Tateki Matsuda and Joby Sanchez fought their hearts out and brought the crowd to life with their strike-heavy bout.

Matsuda opened the bout strong with a knockdown, but he allowed Sanchez to recover and ultimately rally back with a couple knockdowns of his own. Even though the first round was relatively even, Sanchez took control of the octagon in the second round despite being outstruck. Sanchez was almost able to put him away in the third, but Matsuda made it to the final horn.