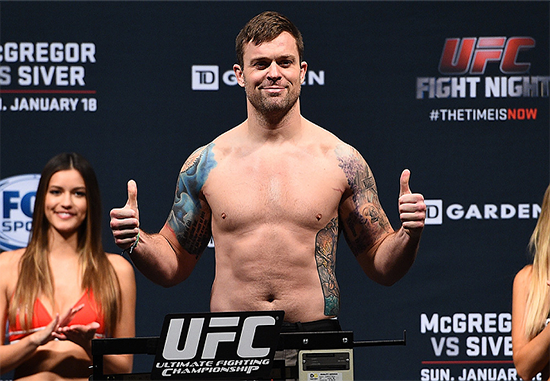 Matt Van Buren and Sean O’Connell followed up an exciting featherweight bout with a slower paced, but more heavy hitting light heavyweight bout. Van Buren looked great in the first round, but he slowly started fading as each minute passed.

Sean O’Connell took a serious beating in the form of body strikes in the opening round and it looked like Van Buren was on this way to a stoppage victory. Van Buren left himself susceptible to counter strikes, however, and they started to build up for O’Connell in round two. Counter strikes mixed with a fading gas tank started to put Van Buren in bad shape in the final round where he took too many shots and the referee stepped in to wave it off!