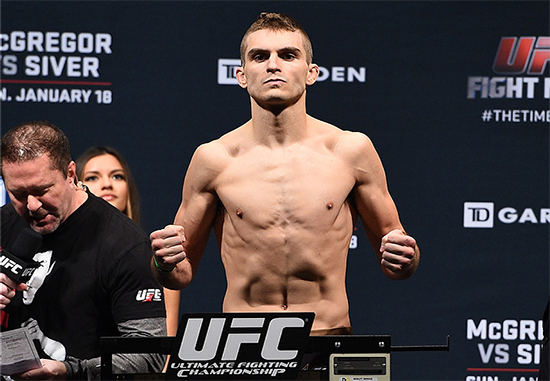 Even though it was just his second fight in the octagon, Johnny Case looked like he has been in there for years. Every single time it looked like Frankie Perez would make an offensive move, Case either cut him off or turned the tables shortly thereafter. The fight was one sided and “Hollywood” Case ended things with strikes in the final round.

Frankie Perez never really gained any momentum in tonight’s lightweight bout. The closest he came to ending the fight was when he trapped Case in a leg lock in the second round, but Case blasted through the submission holds with strikes to his opponent’s head. Case brought the fight to the ground in the third and towered over Perez. Case fired off shot after shot and Perez was doing nothing to improve his positioning. The referee stepped in and called the fight off.

Johnny Case def. Frankie Perez by way of TKO (Strikes) 1:54 of Round 3