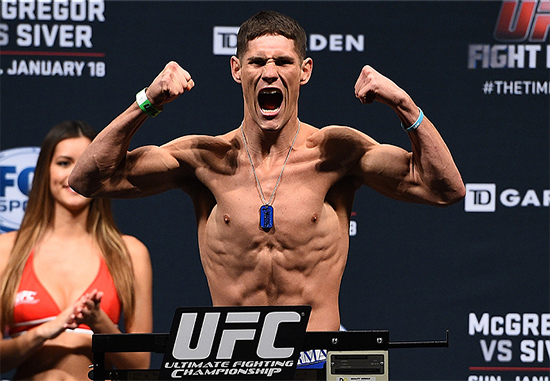 Charlez Rosa and Sean Soriano kicked off the Fox Sports 1 portion of the preliminaries with their featherweight bout. Rosa was game and threatened submissions every single time the fight went to the ground where he finally submitted Soriano in round three.

Rosa proved to be the superior featherweight tonight as he took control of the bout wherever it went. Soriano showed determination and resilience by escaping the submissions, but he offered very little when they had a striking exchange. Rosa threatened a Peruvian Necktie in the end of the second round that would have ended the fight if there was more time left, but Soriano was saved by the bell.

Rosa was in full control of the fight in the third round and ultimately trapped Soriano in a D’Arce Choke. The referee peeled Rosa off of Soriano as soon as he thought he saw him tap out, but Soriano argued he never submitted. Upon replay review, you could see that Soriano only tapped once.

Do you think the right decision was made by the referee? Reply in the comment section below or Tweet us with the hashtags #SorianoTapped or #SorianoScrewed!

Charlez Rosa def. Sean Soriano by way of Submission (D’Arce Choke) 4:43 of Round 3