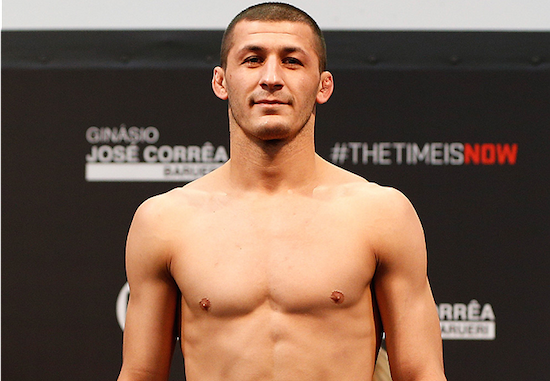 Rashid Magomedov and Elias Silverio seemed to be holding back a lot of strikes throughout the three round bout, but Magomedov finally fired off some knockout-worthy strikes in the final round to bring the crowd to life.

Rashid Magomedov dropped Elias Silverio with a left hook and was patient in the way he went for the finish. Magomedov did not jump on top of him and try to get in a dominant position like full mount. Instead, he towered over his opponent and picked his shots in a methodical manner. When it seemed like Silverio would make it back to his feet, Magomedov cracked him with another punch and Silverio tumbled into the fence, face first. Magomedov landed another shot and the referee waved the fight off with only seconds remaining.

Rashid Magomedov def. Elias Silverio by way of TKO (Punches) 4:57 of Round 3