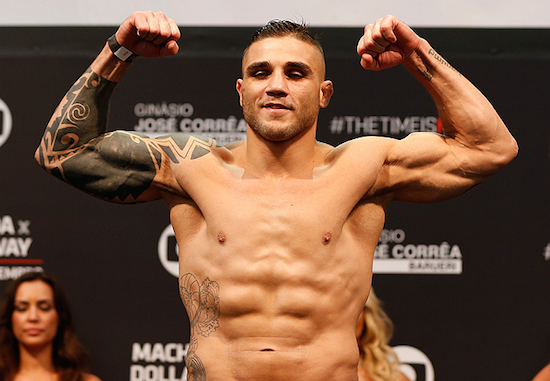 Antonio dos Santos Jr. and Daniel Sarafian were on their way to an exciting opening bout, but a bizarre injury in the octagon led to the end of the fight.