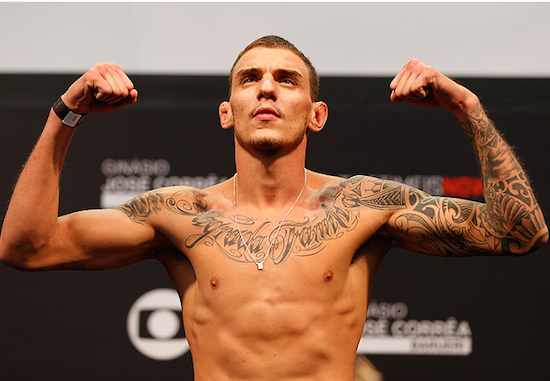 Renato Moicano picked up a submission win despite taking the fight on nine days notice!

Both Renato Moicano and Tom Niinimaki could not get any momentum in the opening round as they could get get within a comfortable striking distance. The fight would not go to the ground until the second round where it ended within seconds.

Moicano knocked Niinimaki down with a glancing left hook behind the ear. Niinimaki tried to get back to his feet, but Moicano jumped on him and gave him no time to recover. Moicano transitioned to full mount and proceeded Niinimaki gave up his back. Moicano was able to lock in the body triangle and jumped on his opponent’s neck for the rear naked choke. Within seconds, Niinimaki tapped out!

Renato Moicano def. Tom Niinimaki by way of Submission (RNC) 3:30 of Round 2