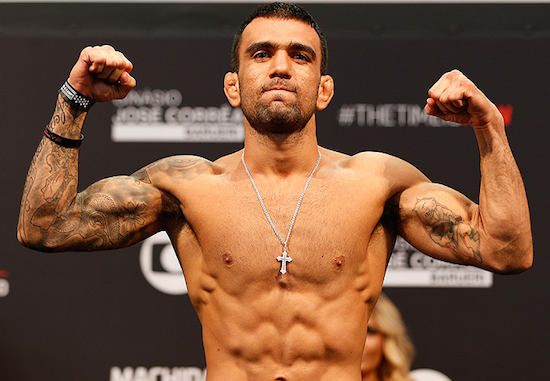 Issa walked into the octagon tonight as the underdog, but he walked out with his second submission win in a row!

Issa had Sasaki on the ground where he wanted him and was transitioning at will. Issa made it to full mount where Sasaki decided to give up his back. Issa went for a rear naked choke and started cranking before the submission was fully applied and it evolved into a simple neck crank. Sasaki was trapped with nowhere to go and it looked like Issa was going to twist his head off. Sasaki had no other choice but to submit and proceeded to tap out.

Leandro Issa def. Yuta Sasaki by way of Submission (RNC/Neck Crank) 4:13 of Round 2