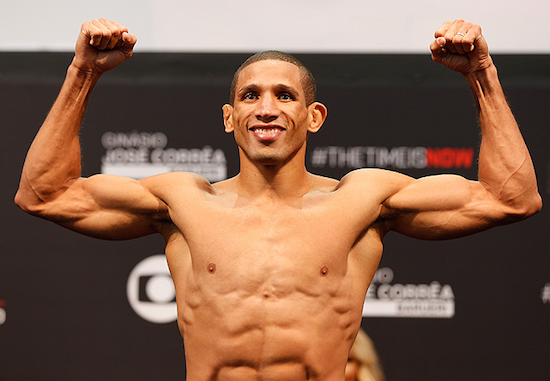 Hacran Dias picked up his first win inside the octagon since 2012 at UFC 147. His performance tonight was not thrilling or awe inspiring, but he needed a win against a ranked opponent in Darren Elkins and got it.

Elkins was praised for his wrestling skills walking into this bout, but it was the takedown skills of Dias that secured him the decision win. He almost walked into a couple of Elkins’ guillotine attempts, but he showed resilience by escaping with patience.