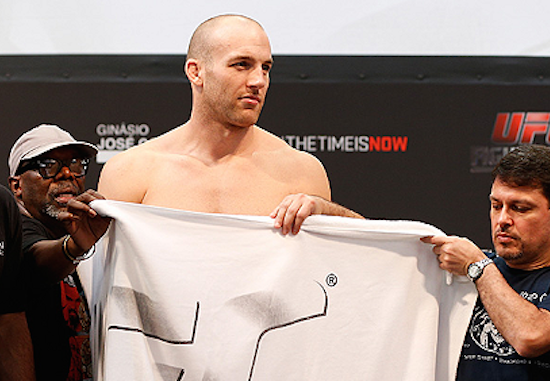 When Antonio Carlos Junior signed the dotted line on his contract to fight Patrick Cummins, he knew what he was signing up for: Three rounds of wrestling. Cummins utilized his wrestling skills to not only gain some offensive points, but to neutralize Carlos Junior’s striking game. Carlos Junior did not do a good job while on his back, allowing Cummins to transition at will.

Carlos Junior took the back of Cummins with thirty seconds remaining, but Cummins’ submission defense was on point.

Patrick Cummins is now riding a three fight winning streak since his debut against Daniel Cormier. His wrestling skills are elite, but he showed holes in his striking defense that he will improve upon between fights.