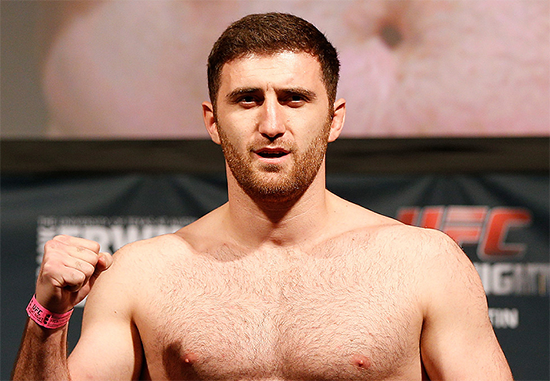 Ruslan Magomedov outnumbered and outclassed Josh Copeland when it came to striking, but at least Copeland proved he has one hell of a chin.

Copeland ate a few shots in the opening round that would have put the average heavyweight fighter to sleep, but he pushed forward and continued to absorb punishment for ten more minutes. Magomedov showed that he is not just a head hunter looking for knockouts; his approach of striking was methodical and he picked his shots carefully. His ability to hop in striking distance and catch his opponents off guard is impressive and he displayed that skill tonight against Copeland.

Copeland almost caught Magomedov off guard in the third when he charged forward with some punches, but it ended up in a clinch on the octagon fence that the referee had to separate due to inactivity.

Magomedov picked up the win by way of unanimous decision.