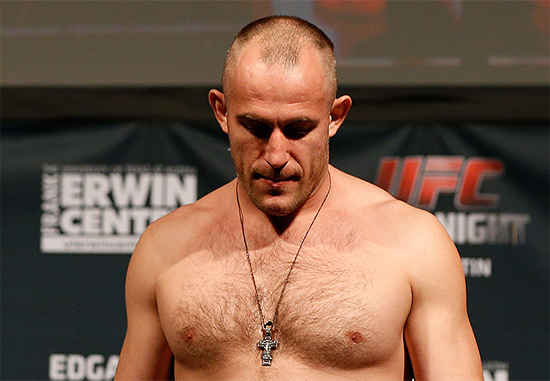 These two heavyweights were fighting like they both bet on their bout ending in the first round!

After some back and forth brawling, Oliynyk broke from the clinch and caught Rosholt with a left hook to the back of the head. Oliynyk followed up with a HUGE left hook and Rosholt was sent crashing to the mat. It was clear he was out cold, but Oliynyk was in the moment and chased him to the ground and peppered him with more shots. The referee ran over and pulled Oliynyk off of Rosholt, waving the fight off.

Oleksiy Oliynyk def. Jared Rosholt by way of KO (Punches) 3:21 of Round 1