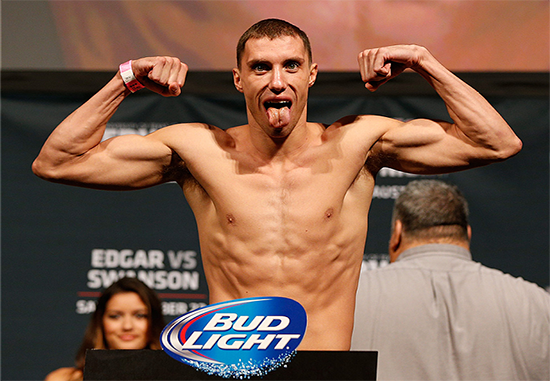 James Vick fought a tall man’s fight in the second and third rounds and it won him the fight. Nick Hein had a couple chances in the first round to finish the fight, but he could not execute.

Vick chose to stand in front of Hein in the opening round to bang it out, and he soon found out Hein was a better close-range striker. Hein caught Vick off guard multiple times and landed a few knockdowns. Hein could not finish the fight, but he secured himself ten points from the judges which were important as the bout went to decision.

Vick improved his strategy as he kept his distance from Hein’s dangerous hands. Vick stuck and moved and utilized his long jab to keep Hein at bay. Hein may have taken ownership of the center of the octagon, but he did not capitalize on it.

The third round saw both men land their fair share of shots. Whenever Hein was able to close the distance, he would land effective shots. Vick circled around the octagon and peppered Hein with jabs and that must have been enough to win him the round as he took the judges’ decision after the fifteen minutes expired.

How one judge gave the first round to James Vick is beyond me.