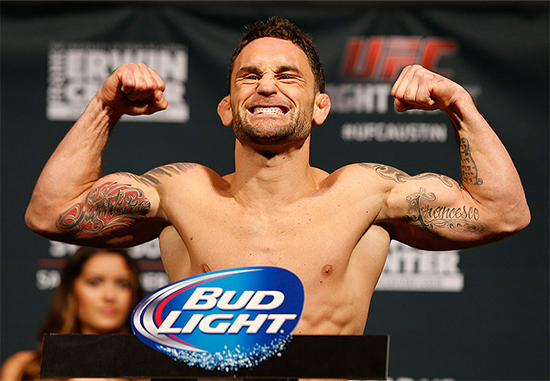 Frankie Edgar dominated Cub Swanson for nearly fifteen minutes before he submitted him with only four seconds remaining in the fifth round. It was the latest stoppage in UFC history.

Edgar was able to take Swanson down at will throughout the fight. Swanson proved to have little to offer with his back on the mat as Edgar utilized ground and pound to bloody Swanson.

Swanson was initially cut by an overhand right when the two were standing, but his cut was made worse by Edgar’s brutal elbows. By the end of the fight, Swanson’s blood was on the canvas and he was wiping blood away from his eyes so he could see.

Just when he thought it was all over, Edgar transitioned and took back control and locked in a rear naked choke. They were near the octagon fencing and Swanson had nowhere to roll and no way to escape; he was forced to submit with just FOUR seconds left.