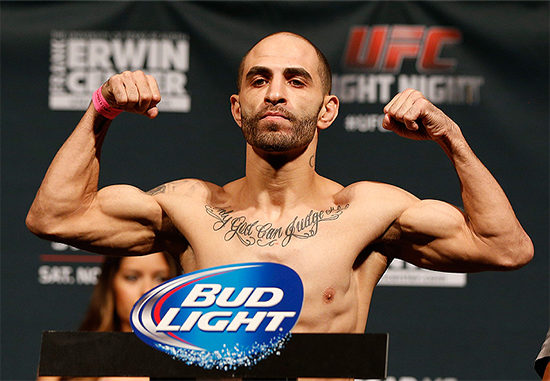 Chico Camus looks like a completely different fighter after his first fight in the flyweight division tonight. He landed over sixty percent of his strikes in his bout with Brad Pickett and picked up the unanimous decision victory.

Camus’ gas tank never ran out; he was on his toes the entire fight and fought off a lot of the takedown attempts Pickett shot for. There was a moment in the first round where Pickett picked him up for a slam, but Camus somehow landed on his feet and Pickett on the mat; it was unbelievable.

Pickett was planted in the middle of the octagon and tried to pick Camus apart, but Camus kept circling around him which made it difficult for Pickett to land anything. Pickett chose to take the fight to the mat in the second and he gained a decent amount of top control time.

Camus’ utilized his speed and an increased output of strikes in the third to sway the judges in his favor. He was given the decision win by two judges, giving him a split decision victory. The crowd in Texas voiced their disapproval of the decision with a chorus of “boo”s.